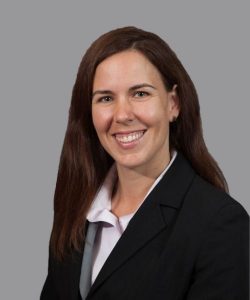 Jeanette has worked with Tom Boleantu and The Expatriate Group since 2006 providing clients with easy to understand information and tools to support cross-border, non-residency tax issues and comprehensive wealth planning. She has an understanding of the Indian, Australian, US, UK and Middle East tax administration methodology which helps with comprehensive planning. Cross border issue spotting regarding multi-country global mobility projects, repatriation, expatriation, and retirement. Assessing Canadian professionals with cross border complexity to identify issues pertaining to Canadian tax residency and non-residency status both Expatriating and Repatriating to Canada. In addition, she is familiar with the tax treaties and how they pertain to Canadian Tax Administration.

Jeanette’s interest in finance started in 1999 while working in a leadership role at WestJet Airlines as they transitioned from a private to public company with less than 1300 employees. This early experience of being part of an IPO process equipped her with an applied background that has supported her career in the investment industry.

She received her Bachelor of Management (Human Resources Management & Labor Relations) from the University of Lethbridge (2004) during which time she studied with the Italian School of Economics at the University of British Columbia with a focus on global economics cycles and trends. Post-Graduation, she was placed with the Alberta Municipal Affairs Internship Program and was groomed to run a small town with exposure to the Federal Confederation of Municipal Government (FCM), Municipal Affairs and The Town of Canmore.

During this time, she was certified as a Municipal Health & Safety Auditor with AMHSA where she developed a foundational understanding of risk management methodology. She trained institutionally how to identify and manage risk exposure and probability. She worked with the leadership teams to implement systems to reduce the severity of the implications resulting from unplanned events.

Second generation Canadian her mother came to Canada at the age of 21 after being born and raised in East Africa as a next generation expat “Next-Pat”. Her great grandmother Veronica Ellenora Blackham-(Butterfield) was born in Umbala India (1900-1992). Veronicas Irish father (great, great grandfather) Major-General Robert James Blackham (1868–1951) was stationed in India, France, Belgium, Italy and Northern Russia during the First World War.

The history of her married name: Fraser. It means Stampede, Horse Whisperer and Prairie Sky in Cowboy. It’s not surprising to see Fraser’s boots firmly planted in the Western way of life. “My Dad was always involved, with events like the High River Little Britches Rodeo and the Stampede. We were raised to volunteer,” says Fraser, who has three brothers, Dave, Bill and Bob, who are all renowned horse specialists (Dave and Bob are Canadian Champion Team Ropers). His late sister, Margaret, was also Stampede Royalty. “I was successful riding and trained my own horses, but I wasn’t the best in my family,” admits Fraser. He’s also been presented with the Stampede White Hat Award.

For the past 30 years, rancher Bob Fraser of High River, Alberta has been raising and buying Charolais cross heifers for his grasser program and has had great success. When asked “why Charolais cross heifers?” Bob is quick to reply, “It’s simply performance. I’ve tried other breeds, the Charolais heifers gain on grass and they will feed right along with steers in a fat lot.” Memorial benches were presented in honour of Guy Weadick, Flores La Due, Charles Bensel and Margaret Fraser in celebration of the Centennial year.

Living in Calgary presented an amazing opportunity for her son and daughter to participate in an education at The Calgary Arts Academy and the launch of the Youth Campus located on the Stampede Grounds. Southern Alberta Freestyle at Sunshine Village has been the training grounds for their daughter over the last decade while her husband coaches their son with Blackfoot Hockey. As an avid skier, Jeanette has dedicated many volunteer hours on the hill supporting freestyle ski competitions.

Inspired by the Canadian Association of Gift Planners, Jeanette has a passion for philanthropy and working with clients to identify the greater purpose behind their wealth.

An active outdoor family with their labradoodle in tow – can be found on the Bow River Pathway System near their house on kayaks, paddleboards, bikes, rollerblades, running shoes and now the teens on skateboards.