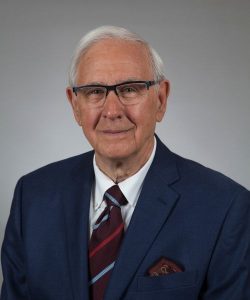 His process with clients consistently uses the same pattern and is easy to follow and execute. Boleantu studied geology before pursuing the financial world at McMaster University. His travels as a frontier exploration geologist have taken him from Morrocco, Iran, Pakistan, NWT & The Beaufort Sea including many stops along the way. His interest in foreign cultures drew him on to study language and infrastructure while working both as an expat. His acquaintance with other APEGGA expats decisively affected Toms’s outlook on life, and he identified one thing that most professionals working abroad were missing. A plan and a network to execute life after work.

He began creating tax-efficient asset strategies that his peers could use to help prepare for the life they were working prior to, during and when they completed their projects abroad. His sincere concern on assisting both Expat and Canadian clients resulted in The Expatriate Group foundation. He has worked hand-in-glove with his daughter Jeanette for the past 15 years to carry out this vision. This work showed a renewed interest in Boleantu’s love for learning and he began formalizes a one-stop financial network.
The Expatriate Group has offered a one-stop service for expatriate Canadians working overseas for over thirty years. Initially established to serve the needs of petroleum and engineering industry employees working overseas, including those working on rotation, our company now deals with individuals in many different professions. Our comprehensive service at one location can address and implement all expatriate financial needs and goals prior to departure, during the offshore contract and following return. Many corporations out-source employee tax & non-resident and re-entry preparation inquiries to our one-stop service.

On return from overseas employment to Calgary, Tom happily married Belinda
a former UK expat who grew up in Kenya. He is lucky to have 4 grandchildren and two daughters (Carolyn & Jeanette) all living in Calgary. Tom enjoys tennis, gardening with emphasis on scented roses, hiking in mountains, where he and Belinda escape to their Canmore chalet. New interests are golf and bridge lessons. Both continue to enjoy overseas travel especially Mexico.

He has been involved as EPRA community director and as president of the Calgary Ski Club where he revamped a successful social and ski programme shortly after return from overseas.

Professionally he has offered Expat seminars with Jeanette to APEGGA members and a well attended APEGGA Consultant day workshop. He is currently a RRC (registered retirement consultant) through the Canadian Institute of Financial Planners as well as past Calgary director of Canadian Association of Financial and Retirement Planning Associations.

The Expatriate Group works on behalf of both individuals and corporate clients in over 50 countries worldwide. All operations are handled from our Calgary Office.